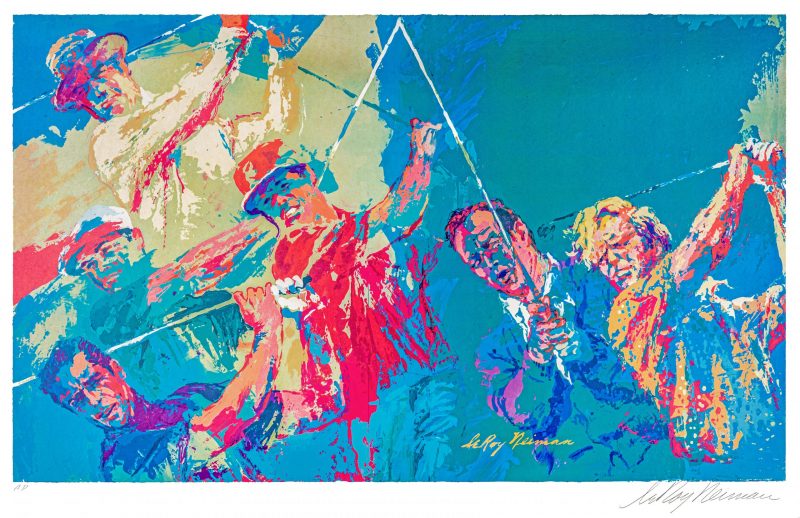 Who was LeRoy Neiman

Like many of the world’s most prolific artists, his work transcends his name. While you may not know his name, you know his work.

The above-featured serigraph, aptly titled “Golf Champions,” is considered by some to be one of the most quintessential pieces of golf-related art ever made.

His clean expressionist style using bright, bold colors, made an indelible mark on the world of sports-related art and contemporary American culture. Intertwining entertainment and culture as an observation for all to see through the medium of paintings, prints, and multiples. 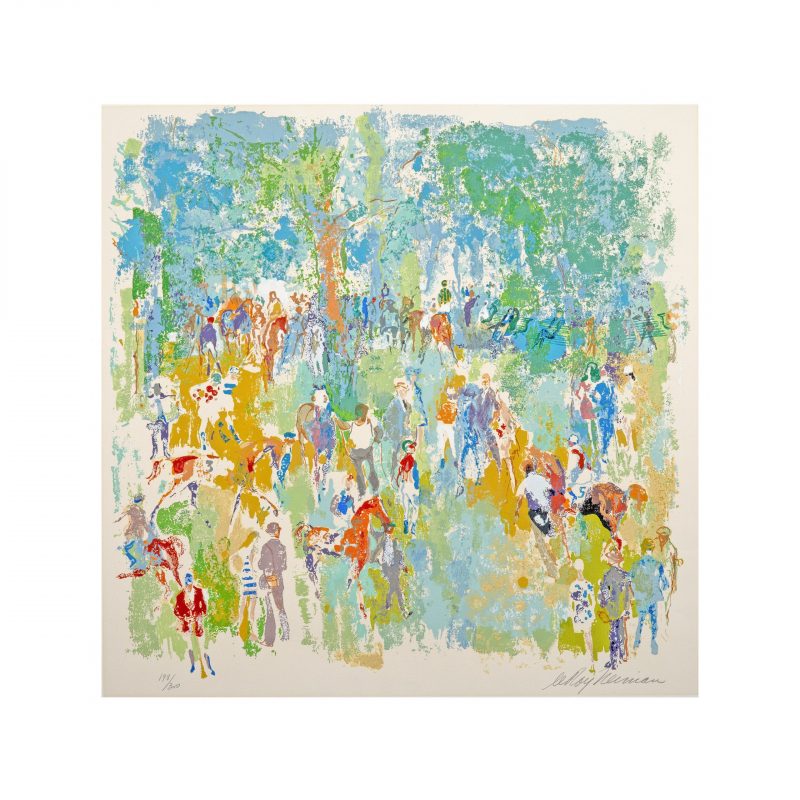 In the early 1950s, through a personal encounter with Hugh Hefner, he began his fifty-year association with Playboy Magazine. The start of which saw Neiman create an illustration for the fifth edition of the magazine.

Other contributions to the magazine included his ” Man at His Leisure” series, in which Neiman would including paintings from his exotic travels and world adventures.

It was in the early 1960s when Neiman’s style started to flourish, and he began to draw inspiration from his world travels , his new social life, and his enjoyment and interest in sports.

His art soon began to take inspiration from his adventures and his continued interest in sports including his works covering the Olympics, the Super Bowl, the Kentucky Derby, Championship Boxing, the World Series, the Master’s golf tournament and the PGA, The Ryder Cup, the World Equestrian Games, and Wimbledon.

In addition to his interest and coverage in sports in an artistic medium, Neiman also covered the subjects of music and entertainment subjects in his art, including Billie Holliday, Ella Fitzgerald, Lionel Hampton, and Louis Armstrong.

A lifetime of Recognition

Affording Neiman’s success, he gave back tenfold, supporting philanthropic activities for the poor and in support of the arts and cultural development throughout the world.

He won countless awards during his lifetime. His works have been displayed in museums, major international auction houses auctions, and prestigious galleries. He is considered by many to be the first major sports artist, giving rise to such artists as Richard Slone and Stephen Holland.

His work is is presented in museums around the world including the Smithsonian, The Art Institute of Chicago and the Whitney Museum.

About All The Decor

We are a proud PayPal vendor: Safe, Fast, and Secure